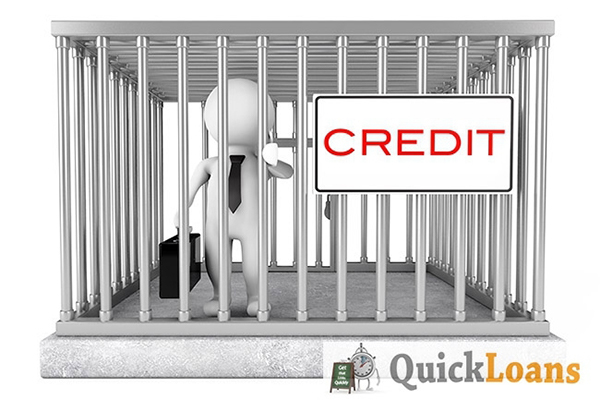 Response to the "Jail for Debtors" Article

My name is Graeme Wingate, and I'm the boss here at QuickLoans.co.uk. I'm going to write this to clear up some bits about the article. Nowhere in here will you find an apology. If that is what you have come for, you can take your "foster offence" and leave.

I've been in this business for around ten years. I've never had a single complaint against me or any of my businesses lodged against me with the FCA, FOS or OFT. I have never sold one PPI product. I don't need to justify myself to anyone over my record in this industry and won't any further.

Now to the article that was written. We limit our articles to around 300 words (our readers like reading brief, concise articles.) The article was never intended to be sensationalist, it was just a small article that was seen by the permanently offended, shared across social media, and somehow ended up with journalists, MPs and finally the High Priest of Virtue Signaling that is Martin Lewis.

To be absolutely clear here, we don't think everyone should go to jail for not making repayments.

The origin of the story relates back to us buying the brand "Cheque Centre", we never bought the company out of administration, we simply bought the brand. We receive 50-60 letters or emails a day from their previous CC customers telling us that they were mis-sold their loans, how it was all the lenders fault. In our office, we debated the issue of matching up what these people told the lender about their incoming and outgoings at the time of their application and what they now claim their circumstances were back then. What should happen if they are found to have lied originally to the CC. People often lie to improve their chances of obtaining a loan. Misleading statements to obtain finance, fraud, non fraud, prison. This is the genesis of where the story came from. Should people face jail if they fail to make repayments and lenders later discover they lied on their application?

I fully accept the story could have more caveats to clarify this.

There are usually three groups in lending.

There are people out there who are fortunate enough to make repayments on time.

There is another group of individuals and families out there who suffer genuine life-changing circumstances that are out of their control. We do not, and never have, advocated that these people should go to jail. If we knew how wide the previous article would spread, we would have taken extra wordage to clarify that.

There are, however, a large proportion of debtors out there who apply for loans with no intention of making repayments; we know this. What we are advocating is that people in this group, people who lie about their income on their application form, should face jail. They lie about their affordability circumstances to obtain finance, no matter how you dress it up, that is what it is.

People in this group expect people in the first two groups to pay for their financial folly. Our previous article was aimed at highlighting the unfairness of this.

As much as 50-60% of someone's monthly payment will go to paying for the bad debt and credit checking of people that ultimately have no intention of making repayments. Some people are operating on the understanding that lenders have a special pot of money that lenders just pay off bad debt with. Sorry to break this to you, but lenders increase costs on the first two groups to pay for the third group. The very fact that I need to explain this to the average person is depressing.

Now, who is going to stand up for these first two groups of people? Who?

Martin Lewis? He's made some comments about us this week. The less we say about him, the better. The day I sink to using dubious figures to claim that 100,000 people attempt suicide each year because of debt to gain free publicity for myself is the day I don't look my family in the eye. Dubious because data he used included 16-year old's attempting suicide, 16-year-olds who can't even legally get into debt.

Labour's John McDonell. He's been quoted as saying "Taking us back to the Dickensian period of debt prisons is not the answer."

Is this guy for real?

Labour Councils have put more of the poor behind bars for not paying Council Tax than anyone else in the UK. If he didn't think debt prisons were the answer, why does he not command all labour councils to cease court proceedings against defaulters? In 2016/17, Labour's Bradford Council jailed 18 people for non-payment of Council Tax fines and yet he stayed silent. This guy actually does to everyone, what we only suggest happens to some, and yet we are the bad guys?

The hypocrisy from these two is stunning.

The future. As it happens, we have been on the verge of leaving the finance industry for a little while. Today we decided to call it a day and sell the business as a going concern. This has nothing to do with the social justice mob on Twitter and Facebook. We never did take those so seriously. Even the death threats made me smile. Nor was it those who gave comments to the media in which they condemned us. Nor was it the person parked across from my house this morning in his black Land Rover taking pictures.

What really did it for us was when we received letters from Government departments/agency telling us that there would be consequences if we did not retract what we said. The letter from the ASA was professional and very polite. I don't want to make out that this brought terror to my life in any way, because it didn't.

It did though, cross a significant line for us. We are a private business, we are not owned by the Government, FCA or ASA, and we will never be told what we are/are not allowed to say. If we want to campaign to put Batman on the moon, then that is our business, not the Governments. Naturally, we told them no, we wouldn't retract it. Who knows where this will now end up.

This is a massive concern for us given the nature of the next project we were going to launch in the UK. Avoid.com is going to be the world's first negative-only travel review website. It launches in March 2019 and was going to be based in the UK - a massive investment with hundreds of jobs.

We no longer have faith in the UK Quangos on the issue of free speech. For this reason, it will now be based in the States. I'll be out there in the next week to start laying the groundwork for it.

This is my last comment on this issue of what was posted earlier. I won't be commenting again as a Director of Quick Loans. Accept it, don't accept it, that's your issue.