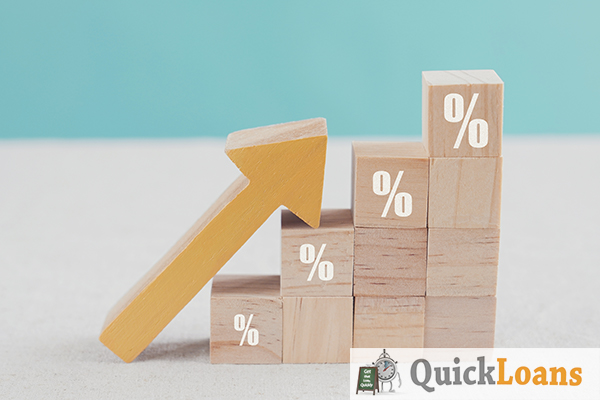 What will happen if interest rates rise to 5% APR

Ever wondered what would happen if interest rates went back up to a more normal 5% APR? Most of the media focus is on people’s mortgages, but higher rates will have wider effects than just the average person making their monthly repayments on time.

Should interest rates go up, you will see the stock market crash on both sides of the Atlantic. This is because investors over the last 8 years have taken their money out of standard back accounts and placed them into shares. They were forced to do this because standard accounts were giving them such low returns. If they received just 1% a year on their capital, most would have been happy.

With funds flowing into shares, the shares price of a lot of companies rose artificially. When we say artificially, we mean that the rise in share price wasn’t because the companies were making more money or were even more profitable. They rose purely because there was a demand for shares, and where there is demand, prices rise.

Here is where things could go sour for shares. Companies borrowed money, a lot of money due to two reasons. The first is that money was almost free. FTSE 100 companies could borrow money at less than 0.75% APR. The second reason is that they could. Companies could use their higher share price and company valuation to borrow more money than would normally be the case.

If interest rates rise, and shareholders pull their money out because they would see more returns from standard bank accounts. It will have two catastrophic effects on the stock market. First of all, they will need to pay more to service their debt. The money that they borrowed at 0.75% APR might now cost 7-8 times more. Also, they won’t be able to borrow as easily because as the share price falls, their company valuations will also fall, and this will have repercussions for their creditworthiness.

Be honest now, every time you look at the news, there is some new project that has just started that has zero chance of ever making money. We are talking about things like Twitter, Uber. Companies like this exist, and they appear to have lots of money but have not once made a penny in profit. How can they even still be in business?

If rates start to rise again, companies like this will be under real threat. There is already talk about Uber going under as a company. Their tech IP is great and could be sold if it goes under. But the company is so debt-laden that it can’t possibly hope to survive if rates rise.

Companies like Uber rely on getting cheap cash to operate below cost; they force out competitors by running at a loss and then raise their prices once they have gone. In a way, it will be a relief to many when rates rise because these types of business practices are not worthy of a successful multi-provider economy. Low-interest rates could be said to create a monopoly of providers in certain fields. There is clearly a massive gap between those who can raise cheap money and those businesses that have to work slowly to organically increase capital to grow. One is now trying to devour the other.

These are just two examples of what will happen beyond mortgage repayments rising if rates continue to go up.

Will rates go up?

The truth is that if we knew for sure, or anyone else knew, which way rates were going, we’d be on the stock market backing or shorting companies.

In the past, we have always been big believers in that rates are finished. They will be zero or below for a decade. We said that five years ago when the mainstream media said that they were about to go up imminently. We still hold that view but with a little less certainty. We still think, contrary to other news outlets, that rates will stay low as central banks battle it out to devalue their currencies. Not to mention the Government debt repayments will be out of control if they do.