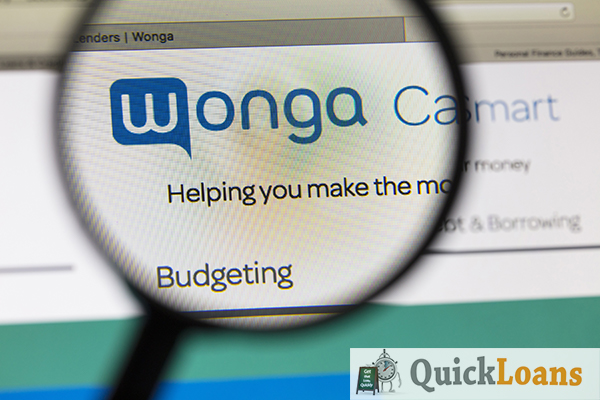 The truth about who really killed wonga

We sit in the office here at Quick Loans and chuckle to ourselves as some people claim glory for killing Wonga. The truth is a lot stranger than many of you would actually know. It is actually the last group you would expect.

OK, this is the real story behind Wonga's demise.

When Wonga was growing at its fastest and not unlike other lenders in the industry, it would buy customer leads from other websites to help with attracting new customers. For example, they may pay this site (Quick Loans) a fee if we could match them with a borrower. It is a very common business model, not just in lending.

Some of these affiliate sites were run by, shall we say, some interesting characters in the industry. We won't be naming any names here, but some of the practices of how some of them attracted then converted customers were out and out illegal. We are talking about hacking, blatantly lying, charging fees, and that's just the bits we know about. This was around 2012/13; here is a story about some of it Sky News on Payday Dirty Tricks

Over the years, a lot of these people were banned by various authorities for mis-selling loans. Some of them just left the industry before they were banned. But during the time they were active, they built up huge lists of customers details.

So what has this got to do with Wonga?

Here is the slightly bizarre bit. You need to remember that these people who were banned or about to be banned for mis-selling loans and credit products had a list of all their customers that they mis-sold to before passing them on to Wonga and others.

Now banned from being in loans, but armed with a list of hundreds of thousands of people they had mis-sold to on behalf of Wonga (and others). They then flipped sides to run their own claims management companies.

Yes, that's right, now they started to make money trying to claim compensation on behalf of customers that they had themselves (in a previous company) mis-sold onto Wonga. You couldn't make it up.

Over the last year or two. These claim's management companies were proactively contacting previous customers and advising them that they could claim from Wonga and others. Wonga couldn't defend themselves because every time they tried, the claim's company would take them to the Financial Ombudsman's Service, and they would be hit with a £650 (approx) fine just for being complained about. Regardless of the outcome of the complaint. These claim's companies were ruthless with Wonga.

We still hold the belief that Wonga didn't actually do much wrong according to the rules at the time. What they couldn't handle is the number of complaints that were now mysteriously coming in. It was the growth in this area of direct marketing victims by claims companies over the last year is that killed Wonga. We are not sure Wonga even knows the reason for the rise in these complaints, but they may now after reading this.

It is important to say that none of these individuals started claim management companies in their own names. The Ministry of Justice wouldn't have allowed them to operate. But let's just say the ones banned were very close to the management team of the claim's companies. We also want to add that we have no links (directly or indirectly) to any claims management companies and were not involved in any mis-selling of any kind.

How Credible Are We?

Yes, we are highly credible; our credibility has been questioned in the past, especially when we said the cap was going to be raised by the FCA in 2017. We standby our claim that they were going to after they were told by several big lenders that they would leave the market. Three of the biggest lenders have indeed since the market.

But back to this, here is an email where we are discussing the issue with a highly respected financial journalist back in January of this year. A full 8 months before Wonga went. Also, please take note regarding our warning on the possibility of another big brand going under. We named one, and it's gone. Will the other go too?