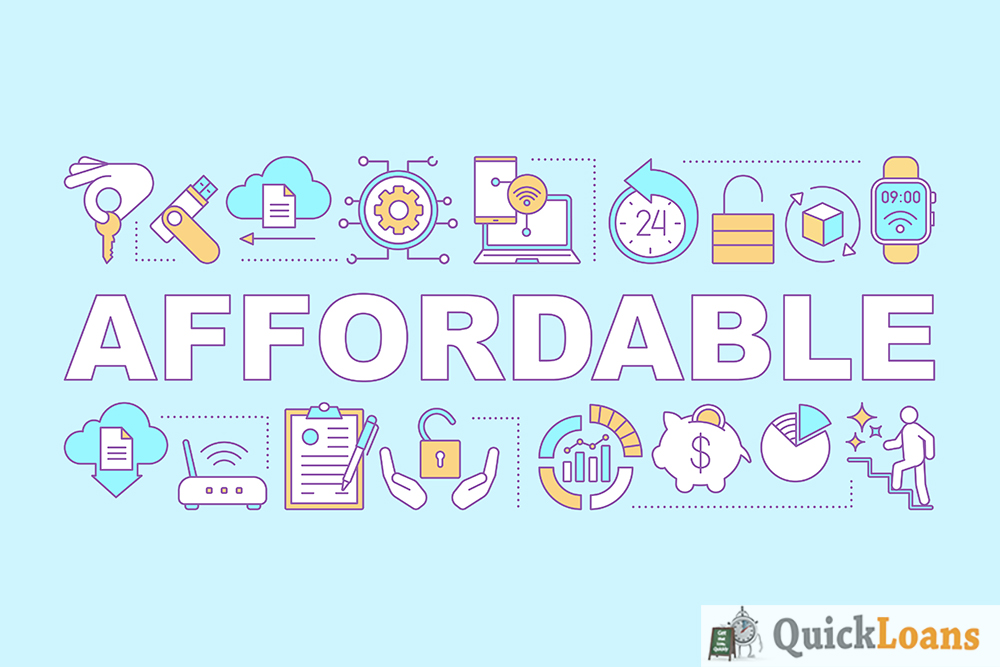 Quick Loans is urging regulators to suspend the requirement for all affordability checks on consumer loans.

Most consumers now know about the need for lenders to conduct affordability checks before approving loan applications. In the days before the FCA, adults over the age of 18 were expected to do their own checks, on their own behalf. They were deemed in law to be responsible for their own actions. After all, who is best placed to assess their finances, lenders or the individual?

The biggest problem we have in lending is that we have a catch 22 situation. All loan applications are a big neon sign that something in the applicant’s life isn’t affordable. If it was affordable, why would they be requesting financial help? In our opinion, these rules are there only for show, generate extra fees for the FCA, allow certain people/groups to virtue signal.

There are multiple real-world problems with these affordability checks. They are not a harmless inconvenience. They cost lenders an enormous amount of money to perform, costs that are passed on to borrowers through higher APRs, which means that the borrower is less able to afford the repayments. Don’t forget that for every applicant who passes the check, they have to pay for the checks of 10 people who failed. Lenders will usually approve 1 in every ten applications.

To conduct a worthwhile affordability check would cost more than £100 per applicant and take 3-4 days to complete. Is this reasonable when someone wants to borrow just £500? We would say not.

Affordability checks have also left lenders with the sense that loan agreements are now worthless. Affordability is such a vague, subjective term, allowing regulators to move the goalposts retrospectively. Wonga, Quick Quid, Sunny and other big lenders fell victim to this.

The potential for historic complaints to the Financial Ombudsman Service is significant. Complaints cost the lender around £650s per complaint, weighing heavily on the minds of all lenders. As we pointed out in a previous article, lenders have now resorted to keeping lists of people that have previously complained about mis-selling issues. Listing them as potential troublemakers and refusing them future loans.

The Myth of Affordability checks

If the public listen to the legacy news providers, they will only get one view. The opposing arguments to Affordability Checks are compelling. For example, why has the number of insolvencies rocketed since they were introduced? Why has the number of loan applications per person continued to rise? Why has the number of people falling victims to loan scams gone through the roof? Why is the reported use of unregulated loan sharks at an all-time high?

Wouldn’t it be great if we got back to a time when everyone was treated like adults, where lenders could make their own lending decisions and not the State or the State’s regulators?

One significant benefit that the borrower would immediately notice would be that loans would become instantly cheaper. We could go back to a simple credit check, based on an applicant’s status. On average, this would put £34 back into the pocket of each borrower.

As it stands, lenders that receive Affordability Check complaints, face two options; payout or payout. Regardless of fault, they either have to pay the complainant or pay the Financial Ombudsman Service.

Why is this important now?

As many will be aware, the economy is in a mess. Hundreds of thousands of people have been made redundant. A sizeable proportion of these people couldn’t afford to go back to work if a new job was offered to them. Some don’t have transport, money for fuel, money for work clothes etc. Most will need help to get through to that first payday. Who do they turn to?

Currently, they can’t turn to sites like ours. Lenders don’t have the flexibility to lend to them. Each of them would fail a standard affordability check because they don’t have an income at the check time. A classic case of “computer says no”. But when a human looks at the risk involved, it’s clear that the risk is low, these people have a guaranteed income on the way - if - we can help them over the first few weeks. It’s a win win for everyone.

We are beginning to see applications such as these come in on an hourly basis. When the restrictions lift in March, we are going to see thousands upon thousands of them.

Let’s change the rules now, and be ready!