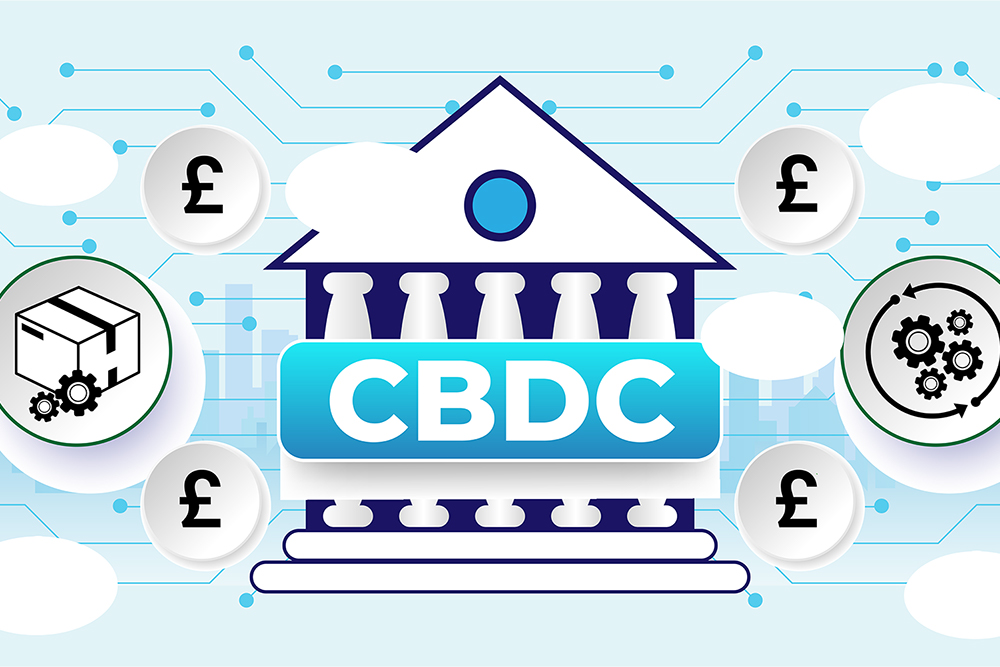 Today we are writing about CBDC’s (Central Bank Digital Currency) and why we believe there is no prospect of them being this country’s main currency in the future.

So what are CBDCs, and why are they so controversial?

CBDCs are a brand new currency that may share the name of their old currency, but they will be completely different. For example, the UK's CBDC may contain the phrase "Pound Sterling" somewhere in their new name, but it will be just theatre, an illusion for people who don't automatically trust it.

The CBDC's are almost sure to be cashless. They will allow politicians to reach into your virtual wallet (bank Account) and manipulate it in any way and at any time. A currency where politicians can, with a click of a button, force your money to work in certain shops and not others. A system that can declare £100 is worth less if someone has black hair than if they have blonde hair. Now imagine how someone malicious could use this if they wanted to target minorities for example.

Well, that is what is being planned by the BofE (Bank of England) and other central banks. The worrying part is that they believe people will use it, why? Because they believe citizens will have no other choice but to use it, but they are wrong.

During the age of Central Banks, Mid 1600's onwards. Currencies have tended to inspire investors confidence and maintain their value if they could show 3 things. The first is a country's robust court system, the second was a solid military, and the third was reserve assets (historically Gold or Silver) that the Government and Central Bank were holding. Countries that didn't these would tend to end up like Zimbabwe with hyperinflation.

How many of those three will contribute to the success of the Bank of England's new currency?

Strong Courts? Don't make us laugh; the UK courts have collapsed and shown themselves impotent during the recent lockdowns. They turned a blind eye to Government tyranny in the form of unchecked lockdowns and vaccine passports. Judicial independence from the Government was abandoned. Put it this way, if the Government wanted to reach into your future virtual wallet, the rubber courts wouldn't stand up to them. Forget the courts, they won't give the new currency any credibility. The UK is almost lawless right now.

Maybe the UK's strong military will give BofE's new currency credibility? Ok, that's a joke. The UK's military is on the verge of a new age of wokeness.

Surely the UK's gold and silver reserves will finally add credibility, sorry wrong again. Does anyone remember Gordon Brown selling off a large proportion of our Gold Reserves in the early 2000s? He wasn't the only one, under different Chancellors, the BofE has been selling off Gold for years. The truth is that we are skint, there is nothing left in the cupboard anymore.

At this point, it is probably a good time to mention something called Bitcoin.

Most people will have heard of something called Bitcoin. A complex mathematical string that is packaged up and called a coin. The selling point of Bitcoin is that the new coins cannot be artificially added to the system because some politician has gone spending crazy, therefore diluting the value of existing coins. That is in contrast to currencies like the Pound Sterling and the proposed virtual pound Sterling, where new coins/notes can be added at any time by one political party or another.

Mathematics protects its value. It doesn't need corrupt courts or a declining military to preserve its value. Nor does it need Gold or silver to act as a reserve, the laws of mathematics ensuring coins can't just be printed, this gives users the confidence they won't have their spending power diluted.

It is at this point that we need to hold our hands up. We were not believers in Bitcoin, but after seeing what has happened over the last 18 months, and what is coming in the form of CBDCs, we very much see the attraction of it.

A future Bank of England CBDC will be precisely like Bitcoin then?

No, no, and 100% no. The Bank of England (and other central banks) plan to introduce a new currency (coin) that will be the opposite of everything that gives Bitcoin its value. That is freedom from someone central’s ability to devalue/print more of it. But the negatives don’t end there; unlike Bitcoin, CBDCs will be subject to cancellation at any point. Just imagine going to the shop thinking that you have 100 coins in your wallet, only to discover that the Central Bank has cancelled those coins because of something you posted on Facebook. With Central Banks and political views being so connected, one wrong idea could see you locked out of the system. It’s genuinely terrifying.

This is why CBDC’s won’t work; people and businesses are not going to place their money where it is at risk of being stolen at any time.

It would abolish all commercial banking. Commercial Banks that have been in existence for hundreds of years will be replaced by a single Central Bank (Bank of England). Everyone in the UK will have one account at the BofE, so why would they use a current account? Does anyone really think that these banks are just going to disappear without a fight?

As we previously said, these new currencies are almost certain to be cashless. A cashless Society means no more drugs/vice businesses. Are they going to allow Central Bank Digital Coins to be used to buy drugs and prostitutes? Probably not; because it wouldn’t be great for someone politically. But common sense tells us that drug dealers are not going to stop. So they will use some other form of currency.

Political kickbacks are one of the biggest reasons a CBDC in its suggested form won’t take hold. CBDC will track all payments. Can you imagine the horror on the faces of MPs as it is revealed to them that their bungs have been tracked? There is zero chance at all they will allow that to happen.

These are just a few, once you start going into how the system will survive cyber attacks, scams on older people. Realistically, it has no chance.

So what will happen with CBDC’s?

They will become one of many currencies that will launch. They will probably try to launch it as a country’s sole currency, but as people realise how draconian and open they are to devaluation, people will fly to a new unit of money, one that they trust. Good money will always flow to where it is treated the best.

How would you choose which coin you wanted to use? Whilst you could be paid in Natwest coins, that coin would have a floating exchange rate over another bank’s coin. You could transfer one coin for another, just like you do with Pounds to Euro. The customer could choose which bank coin they wanted to use.

A free democratic choice is based on how well a bank treat’s its customers. Would that bank’s coin be able to be diluted by the bank adding to the digital coin supply? If customers are happy to do that, that’s fine, but if customers want a bank whose coin cannot do that, they may choose to opt for that bank.

Either way, such a system would become a genuinely democratic system and one that would want to please its customers. Can you imagine Banks that cared about keeping their customers? That would be like a trip back to the 70’s right there.

Anyway, in our view, CBDC’s are a terrible idea. All about trapping customers in a loveless abusive, controlling marriage where the customer will bail to another relationship as soon as they get a chance. The only way CBDC’s have a chance is if they choose to go down the same route Bitcoin did, non-programmable and non-controllable. But we all know what politicians are about, control and stupidity, so they will go down the route of programmable and controllable CBDCs.

What happens to Pound Sterling when CBDCs arrive?

We wouldn’t put money on Pound Sterling being transferrable into the new CBDC. The Pound Sterling is bankrupt and collapsing, and it may well become a 2nd or 3rd class currency. A ride that you can’t get off. Time to buy Bitcoin and Gold?