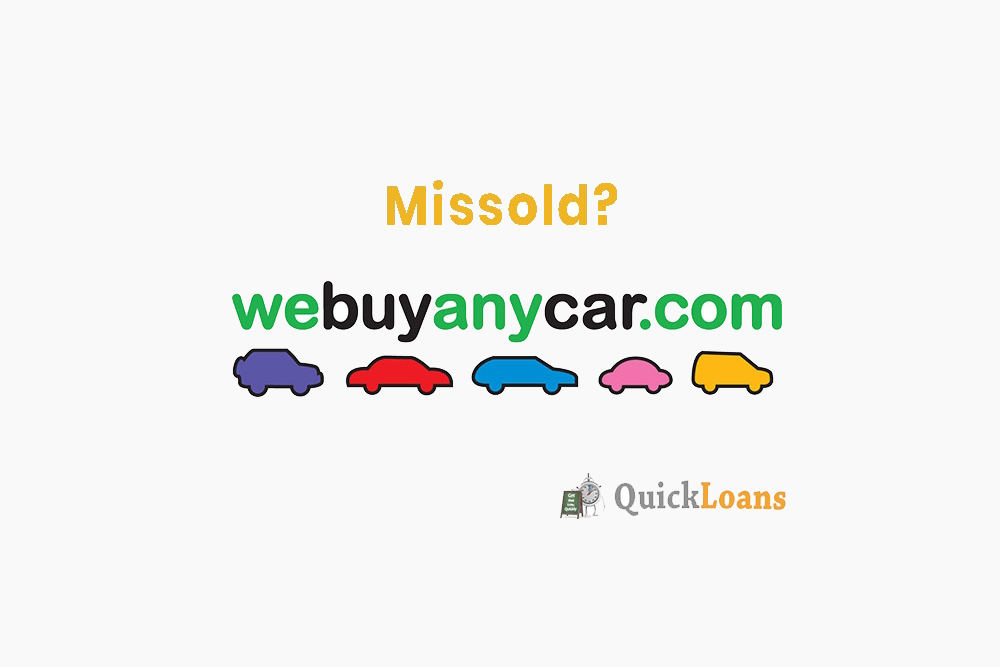 There is something wrong with WeBuyAnyCar.com displaying misleading bait prices to its potential customers. If that was us, the FCA would ban us.

Today we are investigating the complaints aimed at the car buying service WeBuyAnyCar.com. Specifically, the issue that they are making offers for vehicles to get people through the doors and then reducing those offers when the individual tries to complete the transaction.

The background of the story is this. Potential customers want to sell their vehicles but don't want the hassle of selling them privately. For various reasons, they may choose to use a service like WeBuyAnyCar.com. A service that openly says they will pay below-market rates but will give a quick sale and settle any outstanding finance.

So far, so good, no problem with the business model.

Before customers turn up, WeBuyAnyCar.com will provide them with an online valuation that they are willing to pay for the vehicle. Potential customers will then have seven days to complete the sale, or the valuation is voided, and a new one needs to be initiated.

Here is where the problems begin. Potential customers turn up expecting to complete the process only to find that WeBuyAnyCar.com wish to restart the process of evaluating the vehicle. They may find that the original offer of £5000 is now only £3500.

WeBuyAnyCar.com argue that the second valuation takes into account the real condition of the vehicle. To be fair to them, some customers misrepresent their cars as perfect when they are not. There are scratches, dents, engines rattling etc. This isn't the actual issue here. WeBuyAnyCar.com have a right to inspect the car and reappraise it according to its true condition.

The issue is all the way back when they gave their first valuation. This is the part we feel is a breach of consumer law. We think that their business model is one of bait advertising.

The rules that govern this in the UK are "Consumer Protection From Unfair Trading Regulations 2008".

With this in mind, the rules on bait advertising are clear.

WeBuyAnyCar.com know full well from their stats that the prices they are quoting are not achievable. We dare to say that nobody will have completed according to the quote they first received. They shouldn't be doing what they are doing. Claiming that slight imperfections on a ten-year-old car mean reductions in price is dubious. A reasonable person would expect their first valuation to take account of average age and condition.

If we as lenders were doing what WeBuyAnyCar.com were doing - offering APR's that weren't achievable - we'd be banned. We don't accept WeBuyAnyCar.com's excuse that every vehicle is different and they can't give an accurate price. Every borrower in our industry is different, but guess what? We manage to give accurate quotes just fine.

In finance, we need to give the rate that is achieved by 50.1% of our customers. If WeBuyAnyCar.com were forced to start doing a similar thing, they would be a lot more accurate with their bait valuations.

It's a failure of authorities to continue to let WeBuyAnyCar.com get away with these sorts of business practices. We would be crucified if it was us.

What can consumers do?

If you sold your car to WeBuyAnyCar.com, it wouldn't be possible to get your back. The contract will already have been satisfied. But you can still claim for damages.

One person in 2019 successfully sued WeBuyAnyCar.com in the county court for a car he sold in 2017. He was awarded the difference between the first valuation and the second valuation. He successfully argued that the company duped him into thinking that the car had defects (faded paintwork due to age) that they wouldn't have been reasonably aware of when they gave the first valuation.

It is possible; maybe you have been missold WeBuyAnyCar.com?